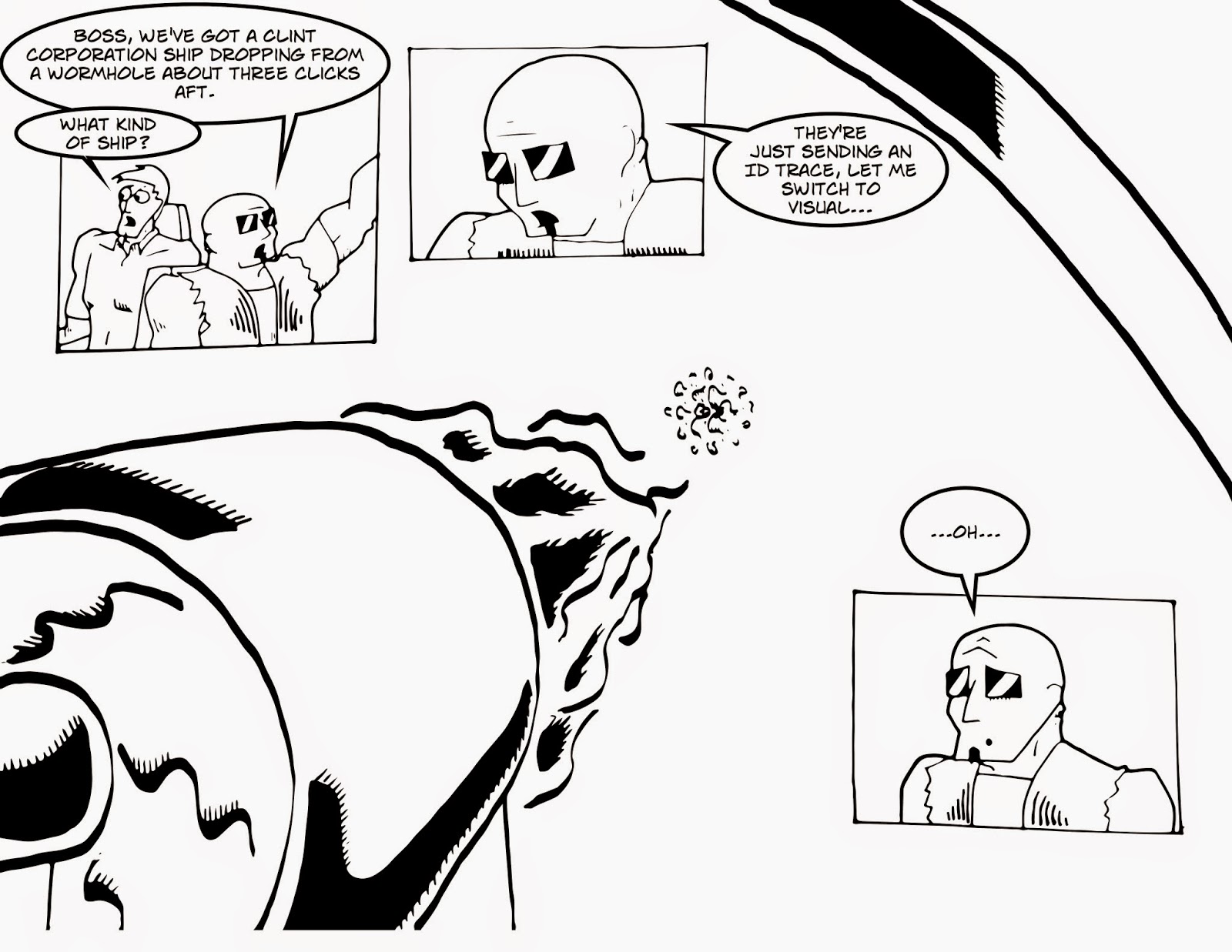 Note: The interested reader may want to know that a click is a slang term for distance roughly equivalent to the distance light travels between two of the distinct clicks made in the engine compartment of a Hawking Drive. These clicks are made by expanding and contracting metal, however, which relies on the temperature of the coolant in the engine. Since coolant changes temperature, these clicks were never at a regular interval. As such you end up with a unit of distance that is changes based on an enormous number of variables. In the hundred years following the Alien War, however, the term became standardized, and now refers to the distance light travels in a tenth of a second, about 30,000 kilometers (18,600 miles). Three of these, therefore, is 90,000 kilometers (56,000 miles), or about a quarter of the distance between Earth and its original moon. Anything that can be sighted by the naked eye at those distances classifies as properly huge.

Transcription
Pex: Hey Boss, we've got a Clint Corporation ship dropping from a wormhole about three clicks aft.
Boss: What kind of ship?

Pex: They're just sending an ID trace, let me switch to visual...

Shot of a ship behind the Eclipse viewed from one of the Eclipse's engines.