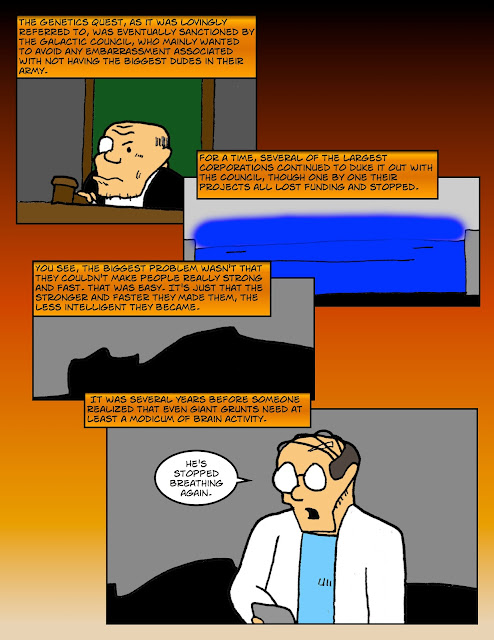 Narrator: The Genetics Quest, as it was lovingly referred to, was eventually sanctioned by the Galactic council, who mainly wanted to avoid any embarrassment associated with not having the biggest dudes in their army.

For a time, several of the largest corporations continued to duke it out with the Council, though one by one their projects all lost funding and stopped.

You see, the biggest problem wasn't that they couldn't make people really strong and fast. That was easy. It's just that the stronger and faster they made them, the less intelligent they became.

Narrator: It was several years before someone realized that even giant grunts need at least a modicum of brain activity.
Scientist: He's stopped breathing again.