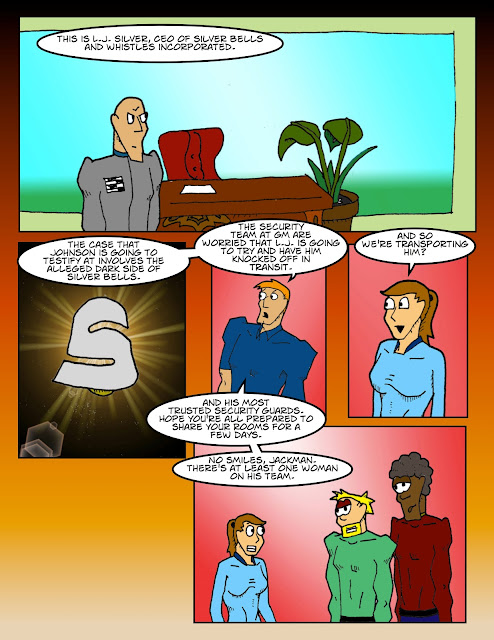 Boss: This is L.J. Silver. He is the CEO of Silver Bells and Whistles, Galactic Munitions biggest rival.

Cont: The case that Johnson is going to testify at involves an investigation into the alleged dark side of Silver Bells.

Cont: The security team at GM are worried he's going to try to have Johnson knocked off in transit.

Jackman: And so we're transporting him?

Boss: and his most trusted security guards. Hope you're all prepared to share your rooms for a few days.

Cont: and Jackman, don't go giving the boys any smug looks. There's at least one woman on his team.