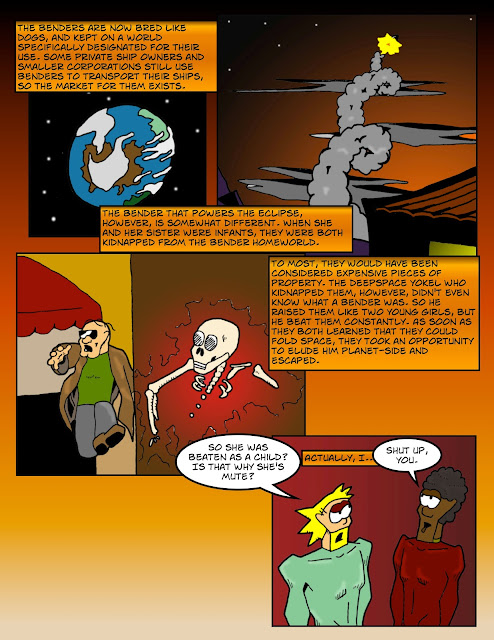 Narrator: The Benders are now bred like dogs, and kept on a world specifically designated for their use. Some private ship owners and smaller corporations still use Benders to transport their ships, so the market for them exists.

The Bender that powers the Eclipse, however, is somewhat different. When she and her sister were infants, they were both kidnapped from the Bender homeworld.

To most, they would have been considered expensive pieces of property. The deepspace yokel who kidnapped them, however, didn't even know what a Bender was. So he raised them like two young girls, but he beat them constantly. As soon as they both learned that they could fold space, they took an opportunity to elude him planet-side and escaped.

Kid: So she was beaten as a child? Is that why she's mute?
Narrator: Actually, I know all about...
Eddie: Shut-up, you.