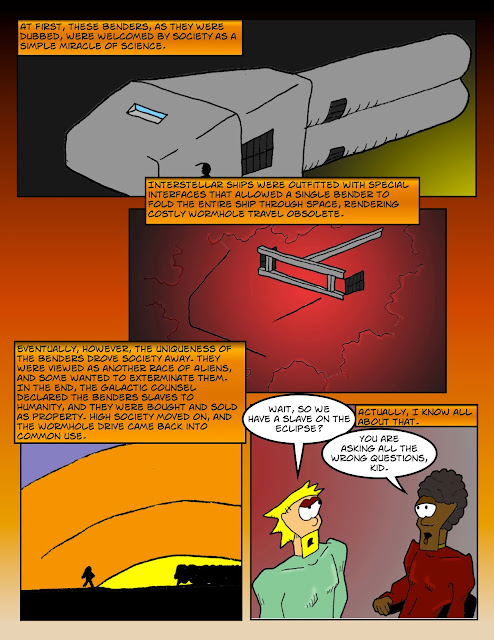 Narrator: At first, these Benders, as they were dubbed, were welcomed by society as a simple miracle of science.

Eventually, however, the uniqueness of the Benders drove society away. They were viewed as another race of Aliens, and some wanted to exterminate them. In the end, the Galactic Counsel declared the Benders slaves to Humanity, and they were bought and sold as property. High society moved on, and the wormhole drive came back into common use.

Kid: So we have a slave on the ship?
Narrator: Actually, I could tell you all about that.
Eddie: You are asking all the wrong questions, Kid.