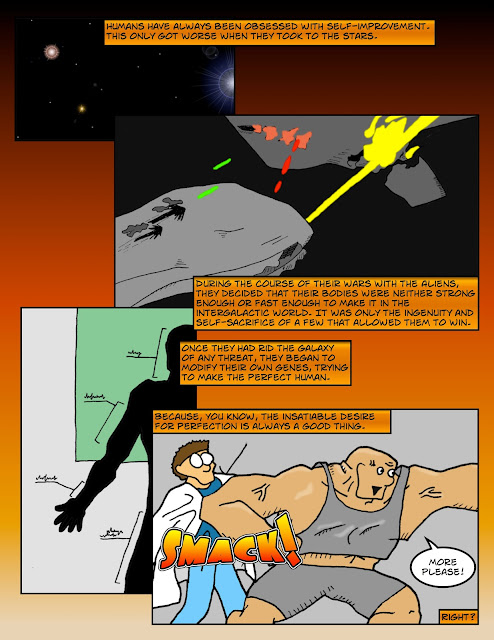 Narrator: Humans have always been obsessed with self-improvement. This only got worse when they took to the stars.

During the course of their wars with the Aliens, they decided that their bodies were neither strong enough or fast enough to make it in the intergalactic world. It was only the ingenuity and self-sacrifice of a few that allowed them to win.

Once they had rid the galaxy of any threat, they began to modify their own genes, attempting to create the perfect human.

Narrator: Because, you know, the insatiable desire for perfection is always a good thing.
Giant Dude: (beating up some scientists) More please!
Narrator: Right?