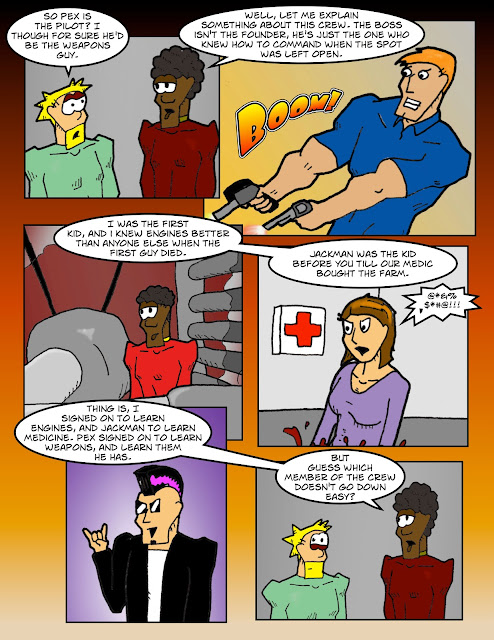 Kid: So, Pex is the pilot? I thought for sure he would have signed on to be the weapons specialist.

Eddie: Well, let me explain something to you about this crew. The Boss isn't the founder. He's just the one who knew how to command when that spot was left open.

Cont: I was the first kid, and I knew engines better than anyone else when the first guy died. Jackman was the kid just before you, until our medic bought the farm.

Cont: But guess which member of the crew doesn't go down easy?